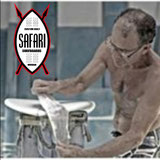 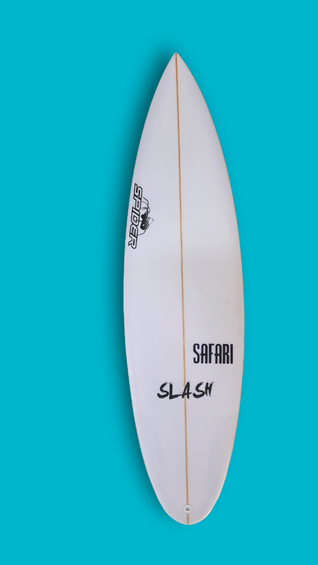 Founded in Durban in 1963, Safari Surfboards is one of the biggest and longest running surfboard manufacturers in the world, where a lot of the local and international surf industry learnt their trade and has its roots, it's the home of owner and legendary shaper and icon in the surf industry, Spider Murphy, who has been shaping boards since the 1960's and is still is one of the most prolific shapers in the world and a visionary surfboard designer, setting the benchmark in the industry of progressive surfboard designs, that he develops and test rides himself, surfing daily at the world renowned Durban beaches.

South Africa
PERSONAL STORY:
Spider Murphy shaped his first board in 1965 at the age of 16 and founded War Surfboards before joining Graham Hynes at Safari Surfboards as their main Shaper in 1972.

following the departure of Andrew Ogilvie. He is still in the shaping bay or on the beach everyday and has become one of the world’s most experienced and prolific shapers. Spider's creative approach to surfboard design developed through his relationship with Shaun Tomson. Their partnership broke with conventional design and the results were boards which suited Shaun's style of manoevering far back in the barrel. In 1975

Shaun was making headlines in Hawaii on Spider's Pipeline Gun when he took the Pipe Master's Title, following with the World Championship in 1977

These victories brought world wide attention to Spider's shaping skills. Spider's Pipeline Gun features in the Quicksilver Masters Collection of boards that revolutionised surfing over the years. Under Graham's leadership Safari led the surf scene in South Africa and the rest of the world. In 1976

Safari sponsored the Springboks versus the Bronzed Aussie Challenge at Cave Rock, on the Bluff in Durban. Having shaped boards for more than 20 World Champion surfers over a 45 year period, Spider has developed a consultative style that has and still does bring out the best from some of the world's most innovative surfers.

To keep things fresh Spider regularly surfs with our up and coming groms. Training with them daily gives him inspiration for new ideas and encouragement to dig deep into his wealth of experience. Safari’s groms are dedicated and over time have developed unique styles that are the formula for future champions. They grab onto anything new and different and strive for new levels in their surfing every day.

Spider is in the ocean at first light every day, testing new designs and techniques. His rigorous training and healthy lifestyle enables him to surf Safari’s Pro Models at their limit and understand fundamentally what makes them work. This dedication is critical to the feedback loop which goes into the shaping bay, where he is constantly improving and refining his performance shapes as well as innovations in fun board design.
AGE:
3
STARTED SURFING:
1963
STARTED SHAPING:
1963
FULL TIME SHAPER?:
Yes
SHAPING INSPIRATION:
Growing up on the Bluff, Durban South Africa we didn't have the money to be able to buy new surfboards, so decided to make my own
BOARDS SHAPED:
>10000
SHAPING STYLE:
I design all my models in 3D and finish them by hand
DOES OWN GLASSING?:
No
FAVORITE MATERIAL:
Anything and everything, we love being progressive and especially in new product development and a greener footprint