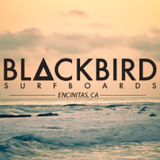 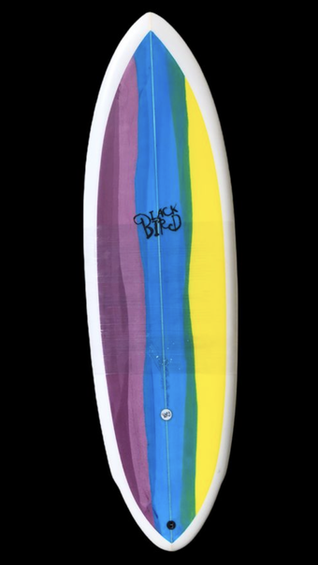 I enjoy making surfboards for young and old alike.
From 3'10 to 10'3 and everything between.

Surfing is something you can do for life.

Blackbird Surfboards will be there for your journey.

United States of America
PERSONAL STORY:
Growing up an "Air Force" brat, my earliest dream was to become a pilot. As a result of my father's work, I had access to many hangars on the bases we were stationed at. I began collecting badges from pilots, their flight uniform designation symbols. I studied every branch of the military's aircraft from WWII and on. I built models of them, drew them, watched every movie I could find about them. I went to museums and spent hours looking at them and imagining what it would be like to fly in them.

Flight has always been my fascination, but I didn't become a pilot. Instead I joined the US Navy and would become a Search & Rescue Swimmer. But I never lost my passion or fascination for flight.

Everything happens in 3's...this is where the inspiration of the name for my boards come from: Blackbird - Flight/Song/Story.
FULL TIME SHAPER?:
Yes
SHAPING INSPIRATION:
My incentive to start shaping was making boards and have a job!
BOARDS SHAPED:
>1000
SHAPING STYLE:
All my boards are 100% hand shaped
DOES OWN GLASSING?:
No
FAVORITE MATERIAL:
PU
NATIONALITY: